Hello lovely readers and thanks for joining me for the midweek edition :)!

In a period of about three or so years, I wrote a lot. I chalk it up to putting this love on hold for so many years (almost a decade) before putting fingers to keys again. Some of these works have been abandoned, some self-published, others are in the wings for the same treatment and others still I’ve parceled off for the traditional route. Today I want to share an unedited excerpt from novella that’s part of a fantasy series. This excerpt is taken from the second book in the series Elfin Blood (Dark Fantasy/Romance) and is taken from chapter 1.

We enter as protagonist Selene discovers her mother’s alive, a secret that was kept from her for years. Enjoy :):

~ “Mother?” Selene repeated and fell to her knees clutching her mother’s feet, feeling the grime crusted there. “What have they done to you?” Tears streamed down Selene’s face yet through them she spoke, begging forgiveness. “I was told you were dead,” she said frantically, “Oh forgive me mother for believing such a lie.”

Vena didn’t say a word, looking down at Selene with a strange kind of smile. It was as if the thoughts she bore were unlike anything anyone else could imagine; as though she held some great secret.

“By the gods, what am I doing?” Remembering her own position of freedom, Selene jumped into action, making another leap and landing on the platform where her mother was chained. She soon saw that the bonds were joined at her mother’s back and, seeing no lock attached, almost danced with joy as she started to fiddle with them.

“No princess,” came the warning shout before the soldiers’ next move. They were no longer concerned that they were laying hands on her, their determination to keep the woman in bondage more important that their subservience to the princess. Selene though, was too quick for them and easily evaded every advance. 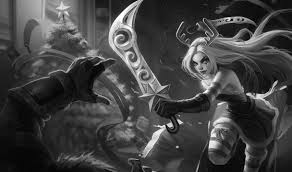 She kicked one hard in the stomach as he charged, ignoring his shout of pain as he fell. Another, who had also made his way up to the platform where she stood, tried a more direct approach, grabbing and pulling her hands in a tight hold at her back. Selene bent her body, feeling his weight move with her as she did, then she pushed her back forcibly up, causing her oppressor to come crashing to the ground over her head.

Convinced that she had some time before the next attack, Selene continued to unravel the chains from the pole that held her mother in place. She moved as swiftly as she possibly could, running round and round as adrenaline flowed through her, dizziness gone unnoticed. In the midst of all this the woman she knew as her mother said nothing. Only a small smile played on her lips and while Selene could not understand this silence, her elation at her mother’s presence once again caused her to forsake rational thought. She must be in shock, the princess thought, ignoring the peculiarity of her behaviour.

The second wave of soldiers came at her now. Selene knew that they held back because of her status and used this new weakness to her advantage. With little effort she disposed of those who came near, thankful that unlike her half-sister Arielle, she had taken her combat lessons to heart.

As the last chain dropped to the ground, Selene stepped slowly back. She held her hand out, feeling the coldness of the one that grabbed her own as she helped her mother off the platform. Vena breathed in deep, gripping the stake protruding from her chest and pulled it out with one swift motion.

Selene’s mind tried to understand what she was seeing. Tried to make sense of the healing wound that was now mending itself, skin weaving together quickly as though the gash had never existed. Still, her thoughts were too full of blind happiness to take this in properly and she passed it off as unimportant; something to be explained later. All the girl cared about was the fact that her mother stood before her and within reach, a place she had longed for the woman to be as long as she could remember. ~

What would you have done in Selene’s place? Share with me in the comments below ^_^.

Have a great evening all and I’ll see you Friday ^_^!

Look out for the Awakening Character Guide on April 8, 2015 and catch up with the story using the link above, as with only FIVE chapters left, you’ll want to catch up ^_^.

Remember you can also contact me for information about facilitating reviews, interviews, etc on this blog site ^_^.