Welcome to the midweek edition ^_^.

There are no excerpts from published books, WIPs or free reads today, this time round I’m getting down and dirty with a subject that ran me in circles when I first decided to become a published author.

It was great concern of mine to self-publish YA first. Secrets of the Tenari (YA Paranormal/Fantasy) was my first release and after years of writing only adult fiction, it worried me that I’d be typecast as a YA writer. My issue wasn’t with YA mind, it was the idea that readers would be confused when I eventually released within other target groups – Adult, MG, NA, etc. 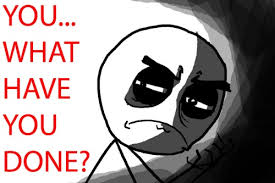 Why did I feel this way? Well, I’d read so many articles about writers who faced some difficulties breaking out of their already established target-group moulds, that I wondered if that would affect readership when I wanted to release something else. J.K. Rowling comes to mind as one, who had to tackle this issue when she released her first adult book The Casual Vacancy after years of Harry Potter glory. A classic case – in the minds of readers – of a ‘good author gone bad’. The ‘bad’ having nothing to do with the quality of work, just that it wasn’t what was expected and sometimes isn’t as well received, for this reason alone.

Sometime later I realised how absolutely silly I was being worrying about something like this. Yes, of course readers would need to adjust if they’d always read fantasy from me and suddenly I appeared with a hardcore sci-fi, but that didn’t mean that all was lost. There would be other readers more interested in that genre, or a new target group previously untapped, that would turn their attention to my words.

In summary, writers: Don’t fret about your words. Continue to produce quality work and readers will take note and support your efforts, and readers: Give your favourite authors a chance when they break into previously uncharted waters. If it’s not a genre or target group you’re into, suggest to friends or family who are.

Let’s keep the circle of writing and reading going :).

Thanks for joining me lovely readers and I’ll see you Friday ^_^!

Please note: After a short break the beginning of Chapter 16: Glamorous Lies, will be posted on Saturday, August 2, 2014 on ‘Jackie Jones on Wattpad.’. Look out for the Awakening Character Guide soon and catch up with the story using the link above, as with only FIVE chapters left, you’ll want to catch up ^_^.

Been writing a lot but can't be all work no play 😌😊.
Canadian geese on the lake just sitting, reminding us to chill 😌.
Every skin teet ain a laugh. So no skinning of teet here 😐. #Bajan
Showing off my greys 👩🏾‍🦳. No need to hide 😌😉.
#Alive. You're seeing this so you are too 🥳. #Celebratelife 🎉.
Few scenes from the smallest town in #Belgium 🏘️. Durbuy has also kept its old school medieval feel and architecture 🏰😊.