Been watching reruns of The Office this week, from seasons that I didn’t see (1-5) and I have to say it’s still as amusing as ever. It reminds me of the first two years or so as a journalist when the department I worked in shared what we called the ‘fish tank’ – because it had these glass windows that people would always pass by and look in at us – with another. The craziness that would sometimes happen in that room, let’s just say it was probably far from how professional people should have been behaving haha.

1) Finally completely finished the rough draft of the epic fantasy WIP, so feeling really good about that! I literally finished after 11 pm last night, did a little chair jig and went to bed ha.

2) Starting to amp up my research for part two of my writing commitments for 2014, so in the next weeks it’s all about sci-fi, as I’ll be working in that genre. So excited that even though I wanted to take today away from words, don’t think it’s going to pan out ^_^.

3) Had a few impromptu meetings about vlog shows and other assorted ‘will make me have to work my butt off’ things. Feels good to be busy after being sick and not able to do tons for about four months this year. Love being in the groove!

Entertainment Expo, which is a pop culture convention that will be held in Trinidad & Tobago. Details about the competition and how you can win can be found here: ‘The Wardens Season 1 Box Set Giveaway.’

5) On the ‘BOOKS PAGE’ I’ve explained that my YA paranormal/fantasy Secrets of the Tenari (The Tenari Trilogy, Book 1) will be getting a

name change in the future. Additionally, that story will be re-released in 2015 and will be followed by the other two books in the trilogy next year as well. Dates for all my 2015 self-published releases will be available by February 2015. The Wardens season 2 release dates for 2014 are still to be confirmed :).

That’s all for today lovely readers, thanks so much for stopping by and remember, be safe, happy and share the good vibes with others :).

Please note: After a short break the beginning of Chapter 16: Glamorous Lies, will be posted on Saturday, July 19, 2014 on ‘Jackie Jones on Wattpad.’. Look out for the Awakening Character Guide (June 28, 2014) and catch up with the story using the link above, as with only FIVE chapters left, you’ll want to catch up ^_^. 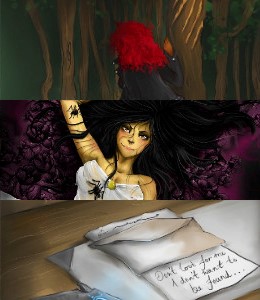 Find out more information about my books for sale and those that are FREE to read on the ‘BOOKS PAGE’
N.B: Those of you who’ve been with me for six months or longer, please note that the original Friday format has changed from featuring a blogger each Friday, to once a month.
The featured blogger is Mishka Jenkins.’ Maybe it’ll be you in July ^_^.

You can also read about some of the crazy things that have happened in my life using the keywords Jackie Reveals. Additionally, check out Caribbean Dos and Don’ts ‘here’.

I will be actively reviewing again mainly for vlogging purposes, though written reviews will also be available. I am mostly interested in Fantasy, Science Fiction, Horror, Thriller (across genres), however, if your book does not fall into these genres, still contact me as I sometimes review outside of these.