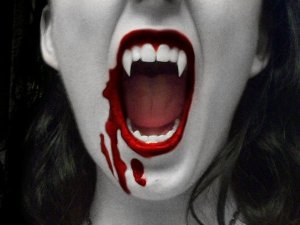 Every since vampires became glamorous, humans have asked themselves: If I had the choice would I . . . ?

What’s presented on television and in books makes them seem so remarkable, that you can hardly blame us for the intrigue.

There’s being stronger than mere mortals, having incredible speed, ravishing good looks (not necessarily based on our previous appearance) and one other little thing — immortality. John Polidori’s novella The Vampyre, was one of the first such books to show these ‘budding Draculas’ in a more romantic and sophisticated light.

Though the idea of vampires who looked as they did in life was always there, in many cases they were also presented as vile, ugly creatures. With rotting reanimated corpses that would rival zombies’, they were terrifying elements of the night that didn’t once sparkle. Had I a choice, I’d prefer to sparkle than have an ear falling off  . . .

I mean really, who wants a screaming victim cramping their style?